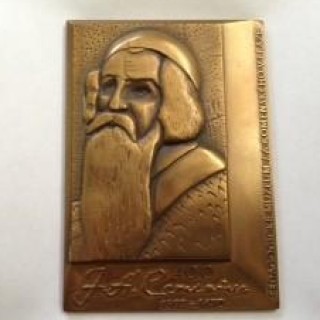 The Commonwealth has recently announced yet another Remote Schools Attendance Strategy focused on improving attendance through the funding of a cadre of school attendance officers and supervisors in identified communities across Australia. In fact it is one of the very few initiatives focusing on Indigenous students that the Commonwealth is continuing to fund.

Attendance is also a key priority for the Northern Territory Government (NTG). The NTG has recently published for final report of Bruce Wilson’s extensive Review of Indigenous Education in the Northern Territory called “A Share in the Future”. This Report underscores the importance of continuing to focus on improvements to attendance in spite of poor progress and makes a number of related recommendations.

There is no doubt about poor school attendance being a stand out feature of remote Indigenous schools in the NT. Imagine having an average 60% attendance rate at best in an urban white dominated schools where only about a quarter of the children attended more that an average of 4 days a week. That is the reality.

However Wilson’s review report makes a number of claims about student attendance, that are questionable and is silent on some of the most important matters that contribute to the problem.

Firstly, Wilson claims that there is a causal link between improved attendance and improved student outcomes. I am sure most of us think this makes intuitive sense but is it actually the case?

Secondly, Wilson argues that the NTG has spent incalculable resources over many years to improve the school attendance of Indigenous students, but without any material improvement. I will dispute this in this article.

Thirdly, Wilson’s recommendations related to attendance, while an improvement on his original draft report, neglect two critical issues: school funding and the quality of what happens in classrooms.

The relationship between school attendance and student outcomes

The report includes two tables that show that there is a direct relationship between the percentage of days students attend schools and their NAPLAN scores. Wilson makes the common mistake of assuming that this relationship is a causal one: that the more time a student spends in class, the greater their NAPLAN score.

But this is not necessarily the case. A link could be due to a third factor, or the causality could be reversed. For example, a school could radically improve its curriculum and pedagogy causing both attendance to rise and results to improve, or it could be the case that students who are more successful are more likely to attend more regularly.

The question Wilson should have asked is: does a student improve when s/he attends class more frequently? To answer this question, it would be necessary to focus on schools where attendance is improving and then look at their NAPLAN scores. But there is a catch.

At the recent AARE National Conference James Ladwig and Allan Luke presented a paper arguing that there is no relationship between school student attendance and improved student outcomes for Indigenous students. Here is what they have to say:

The overall claim that increased attendance is linked with improved achievement seems like common sense. It stands to reason that if a student attends more, s/he is more likely to perform better on annually administered standardised tests. The inverse also seems intuitive and common sensical: that if an individual student doesn’t attend, s/he is less likely to achieve well on these conventional measures.

But sometimes what appears to make sense about an individual student may not factually hold up when we look at the patterns across a larger school or system.

Ladwig and Luke did not undertake a simple correlation exercise comparing attendance levels with NAPLAN results. Instead they attempted to focus on those schools where student attendance improved.

However, what they found was that Indigenous dominated schools making big improvement in attendance rates are very rare. So rare that the empirical study of the changes in NAPLAN score is making a lot out of a tiny tiny set.

They also found that attendance in remote schools is highly resistant to change. This of course comes as no surprise to long term teachers and principals in these schools who simply sigh and shrug when the latest new or recycled magic bullet is announced.

Luke and Ladwig were able to identify a very small group of schools that showed improvements in school attendance AND NAPLAN improvements, but in every case, these same schools had “implemented significant curriculum and teaching method reforms over the same period examined”.

They concluded that “attending school may or may not help generally, but improving achievement depends on what children do once we get them to school”.

But he neglected to address the two major areas that might make a difference: what happens in classrooms and adequate needs based funding.

Ladwig and Luke have identified the first factor – curriculum reform and quality professional development. But they assume that this is straightforward and will translate to change in what happens in classrooms. I disagree.

What Ladwig and Luke missed

Attendance rates are frequently misunderstood.   I recall a Minister, who shall not be named, once asking why 40% of remote Indigenous students do not attend school in response to a briefing about attendance rates being at 60% for remote NT schools. The reality is both better and worse. All of the students included in ‘the denominator’ (100%) attend school some of the time but the average RATE of attendance is 60%. However in NT remote schools only around 27% attend more that 80% of the time.

I have described in a previous blog just how much staffing by attendance, and not enrolment, impacts on the classroom:

… a primary school with 300 children enrolled, but an attendance rate of 60per cent, would be allocated staff for 180 students not 300. Yet the number of students who need to be assigned to teachers and classes is 300 not 180 – they just attend irregularly. This would require making class sizes of about 33 not 20.

So on any one day, a teacher might have only 20 children in their class but about 33 children on the roll.  Based on the expectation that only about 27 per cent would attend over 80 per cent of the time, this class of 33 might have about 9 children who attend on a very regular basis and the remaining 24 children would also attend, albeit on a highly irregular basis.

Can you just imagine the chaos of such a classroom and how hard it would be to focus on the small number of students who are there regularly?  Add to this mix, inexperienced short term principals, a high number of novice teachers, a generally non-English speaking student body and cultural challenges, and you get an even more accurate picture.

How can a regularly attending student progress in their learning when the teacher has no choice but to attend to the high needs and behaviour management demands of the irregular attendees? They need a calm learning environment and they get the extreme opposite of this. Staffing on enrolment – on the same basis as other schools – could support this.

I have raised this egregious matter on countless occasions but no one appears to accept its significance. Perhaps we just don’t want to know?

One of the issues that worries me about the findings of Ladwig and Luke is that it can operate as a “get out of jail free card”. It can too easly slide into being understood as, “Attendance is dependent on factors outside the schools control and is not a priority. Instead lets just focus on what happens in classrooms”. Of course, don’t be too surprised when this too produces no change. We have come to accept this inevitability.

I have argued before that the “wickedness” of the Indigenous education disadvantage problem is that no-one expects that NTG to make any progress on this matter and this leaves them free to appear to be ‘making all efforts’ but to essentially wash their hands of any guilt associated with this failure.

Ladwig and Luke have done an important piece of work identifying an issue that requires further investigation. But, it is important that we ask the right questions, and have high quality researchers like this team get into the classrooms for a period of time in order to observe first hand how the current set up in NT remote and very remote Indigenous schools guarantees failure through gross indirect funding discrimination.